DRASTIC REDUCTION OF DEARNESS ALLOWANCE TO CENTRAL GOVERNMENT EMPLOYEES, OPTED 7TH PAY SCALE
Dear friends,
As you are aware that 7th Pay Commission has computed 125% DA out of 125.75% due as on 1.1.2016 and 0.75% become due has been ignored. But according to earlier practice/agreement, this 0.75% has to be   carry forwarded for calculating DA as on 1.7.2016. If the fraction carries forwarded the actual DA due as on 1.7.2016 shall work out to 3.28%. Thus 3% DA has to be announced in place of present 2%(Order placed in Annexure I). In this respect secretary staff has written a letter to the government on 06/09/2016. But the government ignored the staff side demand on this matter.

In this respect a chart comparing the amount of DA getting to the employees in new and old rates is given in annexure III.

From the above, the demand of the staff side for 3% DA w.e.f. 1.7.2016 is justified. Thus staff side should take up the matter for immediate rectification and also the entirety of central Government should join the 15th December parliament march to achieve the 20 point charter of demands  which include grant of 3% DA, increase of minimum pay & fitment formula, immediate implementation of allowances etc.
With greeting
TKR Pillai
Ex General Secretary
ANNEXURE I 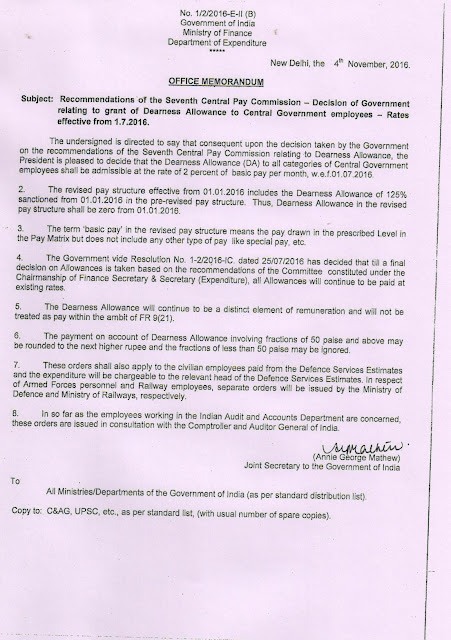 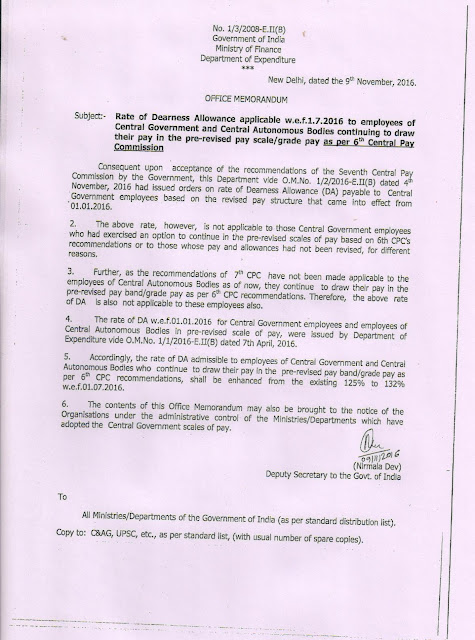 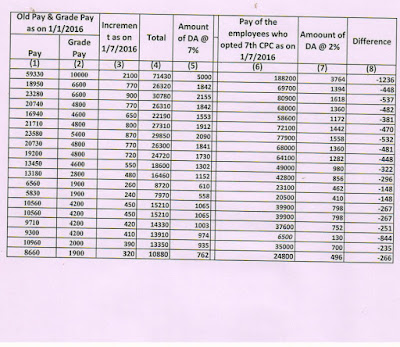 Read the web site in 'HINDI'

You are visitor number